It's strange being pregnant and then having a small baby because you measure you life in weeks.  15 weeks pregnant: you're out of the first trimester!  20 weeks: you can know the gender.  32 weeks: your baby would survive if born.  38 weeks: full term - have the baby already!

Then after they're born it's a weekly, almost daily change, in the things they can do.  My baby sneezed 5 times in a row just now and then smiled at me.  He's five weeks old yesterday and he's changed so much.  And I take so many pictures I just need to share some :) 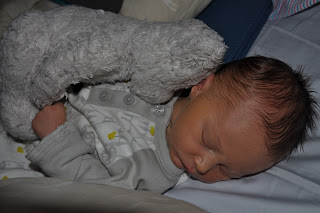 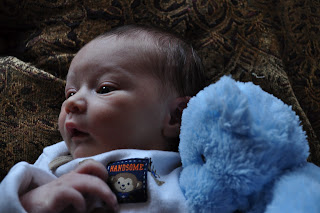 Week and a half old 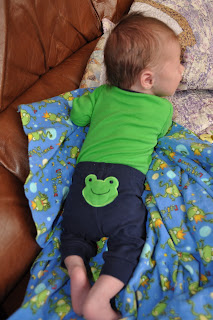 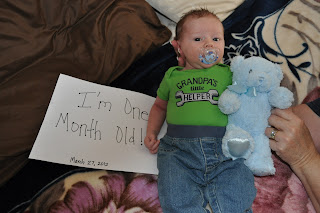 One Month Old!!  Look at that little belly :)

I'll explain the title of this post in a minute, but first, WOW it has been a while since I've blogged.  Not for lack of thinking about blogging, but somehow it just didn't happen.  Anyway, some of the things that I did while I was away was; get married, graduate with my masters, move to a new state, and have a baby.

Really though what I wanted to talk about was a topic that everyone who has been talks about and yet no one talks about.  Pregnancy.

First, my pregnancy was really pretty easy.  I was sick for about 6 months but overall I was really healthy.  The sickness brings me to my first point:  Don't listen to anyone who tells you that they know what you can do to cure morning sickness.  That's complete and total bull.  You're different.  Embrace being different and good luck finding your own cure.

My next point is about your legs.  I'm sure everyone has seen those pinterest posts about how it's winter now (not right now but in the story...) and that means 4 months without shaving your legs.  Let's try 8 months while you're pregnant.  It's better than winter.  Not that you don't want to, but at first it's being nauseous bending over, then by the end you can't bend over at all so it's just not happening.  Better hope you have a husband who loves you (mine made fun of me).

Next:  "Normal weight gain is 25-35 pounds." HA.  BAHAHAHA.  That is just designed to make you go into panic mode every time you visit the doctor and they weigh you.

Anyway, lots of things about pregnancy were not as advertised.  But at least you get something cute at the end of it.  Case and Point: 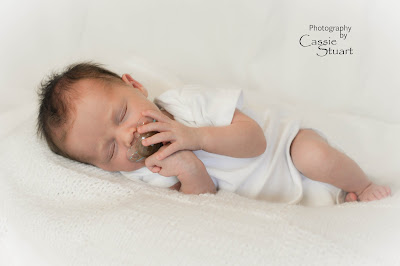